Everyone has a mental image of the Eiffel Tower. It is one of the most photographed and venerated landmarks in the world. Visiting it is on many peoples’ bucket lists. The enduring popularity of this more than a century-old tower, constructed as the entrance portal for the 1889 World’s Fair, may have come as a shock to Parisians who were alive when it was being built. Artists and intellectuals at the time called the Tower “monstrous,” and led a vigorous public outcry against it, publishing a manifesto, with 300 signatures, voicing their objections in the name of “French taste, art, and history under threat.”

Standing 984 feet tall, this intricate erector set of a tower far surpassed the height of the world’s tallest structure up to that point, the 555-foot Washington Monument. The construction of a structure this tall was considered an engineering feat at the time, with the biggest challenge the possibility of it being toppled by the wind. The Eiffel Tower remained the tallest man-made structure in the world for the next 41 years, when it was topped by the 1046-foot Chrysler Building in New York City.

The original plan was for the Eiffel Tower to be dismantled after 20 years. But before that deadline arrived, it had proven itself useful as a communications tower during World War I to spot enemy zeppelins, and again during World War II, to intercept messages transmitted by the Nazis. So the decision was made to allow it to stay. Today the Eiffel Tower is one of the best-known structures in the world, and is considered to be an architectural masterpiece and an icon of Paris.

So, of course, you must one day visit the Eiffel Tower yourself. When you do, have the full experience. This means making plans to view it in every one of its five incomparable ways, none of them to be missed. View the Tower from a boat on the Seine, where you can see its full form and stature. Stand beneath it, encircled by its four mighty feet. Mount it midway to the top, to walk its circumference and look down through the transparent floor. Take the lift to the summit, to sip champagne while gazing down at the river and the city, toy-like beneath your feet.

After you have seen the Eiffel Tower from all of these angles, you still are not done. Saving the best for last, return in the evening to see it aglow with golden lights, lit from the inside to showcase its structure, with a five-minute sparkle show every hour, on the hour, and sometimes a backdrop of a full moon.

Here’s how to accomplish each of these five essential ways to experience the Eiffel Tower, while enjoying it to the fullest, and skipping the frustrations of waiting through the daunting lines.

VIEW of EIFFEL TOWER FROM THE RIVER

Plan to have your first view of the Eiffel Tower from the River Seine. This will allow you to take in the whole of it, which you can do only from a distance. The best way to accomplish this is to take the Boat Bus to the tower instead of the Metro, and hop off at the dock at its base.

If you purchase a two-day pass on the Boat Bus, you will have access to a wonderful way of traveling around the city, hopping on and off at will, and seeing along the way, all the spectacular buildings and monuments on the banks of the river, as well as the many stunning bridges that span it. The river is the major artery of the city, and provides a better sense of orientation, as well as better views, than the Metro. The Boat Bus starts at Hotel de Ville, and makes a full circuit of the river, with stops at the Louvre, Champs-Elysees, the Eiffel Tower, the Orsay, the Latin Quarter, Notre Dame, and Jardin des Plantes. Using the river for transportation, the getting there will be as memorable as the being there.

As you near the Eiffel Tower on the Boat Bus, you will pass under the Alexander III Bridge (named for Czar Alexander III), with its cherubs and nymphs, and its lavishly gilded figures and winged horses (representing the mythological “Fames” – Art, Science, Commerce and Industry). This will be your best opportunity to take a picture of the full tower in daylight. You will return later to see it glowing golden with light after dark.

VIEW IT FROM BENEATH ITS LEGS

After you disembark, walk up to and under the massive legs of the Eiffel Tower. This will put you where visitors to the 1889 Paris World’s Fair once stood in awe as they entered the fairgrounds. The Paris World’s Fair was held to celebrate the 100th anniversary of the day the Bastille fell, launching the French Revolution. To commemorate this historic date, Paris wanted to create a structure that would astound the world as “a monument to French genius, the unquenchable spirit of the French people and a proof that France was still, as ever, to be found in the vanguard of the world’s progress” (from The Wonders of Engineering. More than 100 artists were invited to submit ideas. The winning design was the one by Gustave Eiffel, who also was the engineer who completed the Statue of Liberty. You will see the office Gustave built for himself at the top of the tower when you visit the summit.

Note the color of the Tower, repainted once every seven years as protection against rust. Its color started as “Venetian red” prior to assembly, shifting to a more subdued reddish-brown, and later ochre yellow. Since 1968, it has been painted “Eiffel Tower Brown,” applied in three progressively lighter shades, from bottom to top, to augment its visual impact against the sky.

Look up into the intricate geometry of the tower’s angles and braces, a total of 18,038 pieces, joined together by 2 ½ million rivets. Take at least a dozen photographs, from various angles, to capture the gossamer weave of this phenomenal iron lattice structure. Note the orientation of the tower by the North, South, East and West designations of the four massive feet, with supports that are anchored to concrete foundations buried deep into the ground.

VIEW IT FROM MIDWAY UP OF EIFFEL TOWER & FROM THE RESTAURANTS

Now it is time to ascend the Tower, using tickets to the second level that you will have purchased online, well in advance of your trip, from the official Eiffel Tower website. Holding tickets before you arrive is essential. This will make the critical difference between having a glorious experience or a nightmarish one.

Pre-booked ticket options give you either priority access to the first and second floors, or access to all three levels, including the summit. Once inside, you will be free to spend as long as you like, anywhere you like, on the Tower. The final lift down from the top is at 11 PM.

Tickets are released on the official Eiffel Tower website 90 days in advance, and run out quickly. So book your tickets early. And avoid ticket resellers, or you will pay significantly more for essentially the same thing. Lift tickets are for a specific time slot. Be very careful to be on time. If you are more than 30 minutes late, your tickets may be voided, and you will not be allowed entry.

VIEW FROM THE SECOND LEVEL

Even better than purchasing pre-booked lift tickets is to book a table for lunch or dinner at 58 Tour Eiffel or the even more expensive Jules Verne Restaurant. Your lift tickets to the second level will be complementary if you have lunch or dinner reservations, and you will be able to use a special fast access lift line at the base of the tower. Enjoying the view from one of the restaurants, in the daytime or during sunset or after dark, while being served a phenomenal meal, is an unforgettable experience, even if it is somewhat pricey. Consider this to be a splurge, and just do it. You can always balance things back out by having picnics instead of restaurant meals tomorrow.

After the lift carries you to the first and second level, take the time to walk the circumference and look out in all directions, and also to view the many exhibits about the Eiffel Tower’s history. Walk out over the clear glass floor on the first level, if you dare. This is your chance to experience walking on air.

VIEW IT FROM THE PEAK OF EIFFEL TOWER

And now for the grand finale of your visit to the Eiffel Tower. Take the lift to the summit. Yes, there will be a line. And yes, the area at the top is smaller, so it may be more crowded. But consider this a once-in-a-lifetime experience. If you decide not to bother, you probably will always wonder if you should have made the effort.

A good strategy is to begin watching the lift line to the summit as soon as you reach the second level. When the line is at its shortest, stop whatever you are doing and jump into it. You always can return to the second level later and pick up where you left off.

Once you reach the summit, as you survey all of Paris beneath you, celebrate the moment with a glass of champagne from the champagne bar tucked into the structure. Do not be deterred by the price or the line. The line will move quickly. And the memory of this crowning experience will last a lifetime. This will be a story you will repeat often after you return home from your trip.

VIEW IT AT NIGHT

At least once during your stay in Paris, treat yourself to the magical splendor of a boat ride on the Seine at night. Book a ticket with Bateaux Parisiens for a one-hour cruise, starting at the dock across from Notre Dame and gliding along, passing under the brightly lit bridges, to the Eiffel Tower and back.

Again it will be a good idea to purchase your tickets in advance to ensure your choice of time and date. Go for an open-air seat at the front of the boat on the left side to have the best view of the Eiffel Tower as you approach it, spectacularly lit against the night sky.

The view of the Eiffel Tower at night is truly spectacular. You will certainly be tempted to take photographs. But be aware that the tower’s evening light display is currently considered to be copyright-protected as a work of art. So if you want to publish any images to social media, you first must gain permission from the Société d’Exploitation de la Tour Eiffel (the Eiffel Tower’s operating company), or risk paying a fine.

Once you have had the full experience of visiting the Eiffel Tower, and seeing it from every aspect and vantage point, you will have no difficulty locating a representation of it to bring home with you. Select just the right poster, watercolor, pen drawing, or scarf… or even a key chain. Then every time you look at this memento, you will be taken back to the time you were there, experiencing the Eiffel Tower for yourself.

A Useful Guide To Choosing A Garden Building 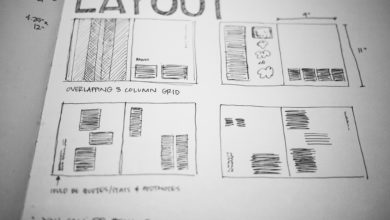 Layout and Design planning Apps for a room 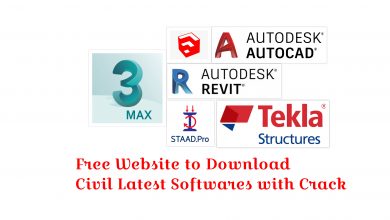