In India, there are so many ancient temples, prehistoric monuments, momentous forts, and spectacular Mughal Architecture are available. Many to learn about the history and interesting architecture of India. Architects, Civil Engineers, and Scientists are still interested in research. Here, we have compiled a list of 10 beautiful ancient buildings in India that truly reflect the cultural heritage of our country.

About the Taj Mahal, India:-

The Taj Mahal is one of the seven wonders of the world and also one of the best tourist places in India. It is located on the right bank of the Yamuna River, in Agra, Uttar Pradesh, India. It was built by Mughal Emperor Shah Jahan in memory of his wife Mumtaz Mahal. It is an ivory-white marble tomb.

The construction was started in 1632 AD and completed in 1648 AD. Ustad-Ahmad Lahori was the chief architect of the Taj Mahal. For its construction, civil masons, stone cutters, inlayers, carvers, painters, dome builders, and other craftsmen were sought from the entire empire, Central Asia and Iran. It is considered to be the largest architectural achievement of Indo-Islamic architecture in its entirety.

Brihadeswara is a Hindu temple. Built by Emperor Raja Raja Chola I. It was completed in 1010 AD and the temple is 1000 years old in 2010. It is located in Thanjavur, Tamil Nadu, India. It is also known as the Rajarajeswaram Temple. It is one of the largest temples in India and is an example of Dravidian architecture during the Chola period. Also, It is one of the finest examples of Tamil architecture during the Chola period.

The temple is dedicated to Lord Shiva and the lingam is cut from a single granite at a height of 3.6 m. The main attraction of the temple is the Vimana (tower) built on the Karbriha (sanctum), which is 216 feet high and 14 storeys high. The tower was built by the master designers to assemble the stones without using any binding material.

After Vimana, the temple is covered with a single 80 ton (73,700 kg) monolithic granite block. Sigara, a spherical dome is octagonal and stands above this granite block. The temple is built of granite only. About 130,000 tons of granite were used. The temple has applied to be put together in a world miracle and is awaiting confirmation. The temple is part of the UNESCO World Heritage Site, known as the “Great Living Chola Temples”.

Hawa Mahal was located at the Pink City of Jaipur, It was built by Maharaja Sawai Pratap Singh, in the year 1799 AD. It was built to look at everyday life through the windows of women from royal families. Total of 953 windows available on the outside walls. The five-storeyed palace was built in the form of Krishna’s crown, as Sarai Pratap Singh dedicated it to the Hindu god Krishna.

About the Humayun’s Tomb, India:-

Humayun’s Tomb was built in the year 1570 AD. This tomb was located in Delhi, India. Nine years after the emperor’s death, in 1565 AD, Humayun’s Persian wife and chief wife, Beka Begum, commissioned the tomb. It was completed in 1572 AD under the patronage of Mughal Emperor Akbar, the third Mughal ruler, and son of Humayun.

This spurred many important architectural innovations, culminating in the construction of the Taj Mahal. Humayun’s garden-tomb is also known as the Mughals’ shelter because more than 150 Mughal family members are buried in cells.

Konark Sun Temple located on the shores of the Bay of Bengal, Konark district, Puri, Odisha. According to Brahmin people’s beliefs, it was built in the 13th century by King Narasimhadeva (1238-1250 CE). This temple is dedicated to God Surya. This temple has been added to the UNESCO World Heritage List.

The present Mysore Palace was designed by British architect Henry Irwin after it was destroyed in a fire in 1897. The building that stands today was completed in 1912 but is believed to be the Mysore Palace, established in the early fourteenth century as part of a wooden fortress by the Mysore royal family, the Vaudiers.

Rani Ki Vav is a beautiful tourist attractive place, which attracts a large number of people. It is located on the banks of the Saraswati River in Patan, Gujarat. It was originally built in the 11th century AD in memory of a king. India is filled with monuments dedicated to numerous queens. However, Rani ki Vav stands as an exceptional event, built-in 1050 AD by the beloved memory of Bhimdev I by his widow Queen Udayamati.

The Sanchi Stupa is the Buddhist monuments that reflect the gem of art and architecture. Located in Sanchi Town, Madhya Pradesh, India, it is one of India’s oldest stone structures built during the Mauryan period. It was commissioned by Emperor Ashoka in the 3rd century BC. This massive hemispherical dome, 54 feet high, houses a central room where Buddha’s monuments are placed.

The four ornamental gateways facing the four directions and a palace around the stupa were later found in BC. Were added in the first century. This place attracts visitors from all over the world. It has been listed as a UNESCO World Heritage Site since 1989 and is considered one of the best-preserved ancient stupas in Central India.

Check this:- If you need “House Plan As Per Vastu Shastra” Check this book which contains 400 house plans. Various land sizes and all 4 direction facing house plans are available. Buy this book in Amazon or Notion press.

About Mahabalipuram or Mamallapuram, Tamilnadu, India:-

Mahabalipuram or Mamallapuram is an ancient historical city. This place was founded by a Pallava king, Narasimhavarman, also known as Mamalla in the 7th century-CE. It is an important center of art, architecture, and literature.  Mahabalipuram was already a thriving seaport on the Bay of Bengal before this time.

Qutub Minar is located in Delhi, India. It is a 73-meter tall tower built by Qutub-ud-Din Aibak in 1193AD. The tower was built to celebrate Muslim dominance in Delhi after the defeat of the last Hindu ruler of Delhi. It is the tallest tower in India and has five floors and balconies. The first three floors are made of red sandstone while the last two floors are of marble and sandstone.

Qutub-ud-din Aibak started the construction of Qutub Minar, but he only built the foundation. The construction of the tower was later acquired by his successor, Ilutmish, who built three more stories. The last two floors were completed by Firoz Shah Tuglak. The different architectural styles from the Aibak period to the Tuglak are clearly seen in the Qutub Minar.

Please Note:- If you like this article, Don’t forget to share in social media, and also give your valuable comments. Thanks for Reading my Articles. 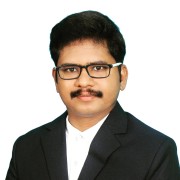 A.S. Sethupathi is from Anthiyur, Erode district, Tamilnadu, India. He completed his B.E. Civil Engineering (2013) and M. Tech Structural Engineering (2015) at the Hindustan University, Chennai. He is now a civil engineer working in Bangalore, India. He learned Vastu Shastra by himself. He also learned to make house plans as per Vastu Shastra and he makes blueprints, section, elevation drawings, interior design drawings in both 2D and 3D. After some research, he learned that many people in this world are looking for house plan ideas. Hence, he decided to create house plan books as per Vastu Shastra for the people who need house plans to build their dream house. Now he creating House Plans as Per Vastu Shastra and publish those plans all over the world. 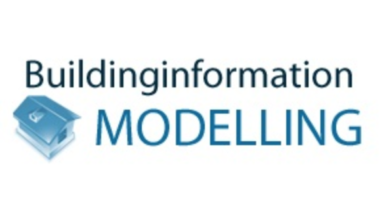 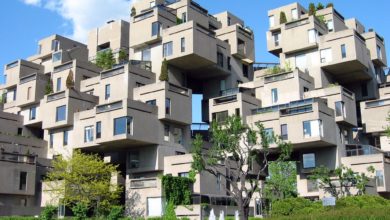 Why architect is required? 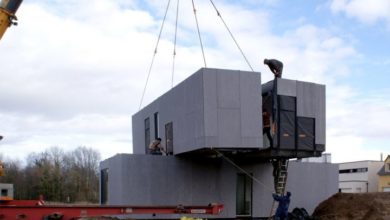 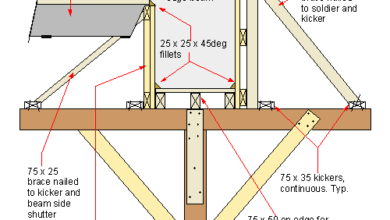 What is a Beam and What are the Building Structure of the Beam?